G.M. MALLIET
﻿"A Demon Summer" makes the case that [Malliet] may be the best mystery author
writing in English at the moment (along with Tana French).
~ The Plain Dealer﻿
"There are certain things you really want to have in a village mystery: a pretty setting, a tasteful murder, an appealing sleuth, a festive event, some eccentric locals, a dash of humor and maybe a nice map. G. M. Malliet delivers all that in WICKED AUTUMN."
~ New York Times Sunday Book Review 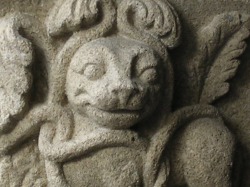 ﻿The short story:
G. M. MALLIET’s first St. Just mystery won the 2008 Agatha Award for Best First Novel, and was chosen by Kirkus Reviews as a best book of the year. It was nominated for many awards, including the Anthony, the Macavity, and a Left Coast Crime award for best police procedural. Her subsequent mysteries and short stories have been nominated for nearly every major crime-writing award. Critics rave that she "may be the best mystery author writing in English at the moment (along with Tana French). She's certainly the most entertaining...." (Cleveland.com). She and her husband live in the US and travel often to the UK, the setting for all her books.


The long version:
G.M. Malliet won the Agatha Award for best first novel for DEATH OF A COZY WRITER, which initially won the Malice Domestic grant.

The first book in the Max Tudor series, WICKED AUTUMN, also was nominated for an Agatha, as were the second and third books in the series, A FATAL WINTER and PAGAN SPRING.

DEATH OF A COZY WRITER was chosen by Kirkus Reviews as one of the Best Books of 2008. It was nominated for the Anthony Award and the Macavity Award (best first novel), shortlisted for the 2009 Left Coast Crime/Hawaii Five-O Award (best police procedural), and awarded a Silver Medal IPPY (best mystery/suspense/thriller). It was also nominated for a David Award for Best Mystery Novel.

The third book in the series is DEATH AT THE ALMA MATER (January 2010).

In June 2011, her short story "Bookworm" was nominated for a Macavity Award. This story first appeared in the 4th Chesapeake Crimes anthology.

Malliet is currently at work on a new series for Thomas Dunne/Minotaur Books. The first book in the new series is the Agatha-nominated WICKED AUTUMN (September 2011), which received starred reviews from Booklist and Library Journal. Library Journal and the Boston Globe also named it a Best Mystery of 2011: "Sly humor rivals Jane Austen’s."

WICKED AUTUMN also has been chosen by Shelf Awareness book review editor Marilyn Dahl as one of the top ten books of 2011. In addition to being nominated for an Agatha Award for best traditional mystery novel of 2011, it was one of five books short-listed for the 2012 Dilys Award.

The New York Times' Marilyn Stasio describes it as "executed in high style and with good humor."

The second book in the Max Tudor series, A FATAL WINTER, was also nominated for an Agatha Award for best novel and chosen by Library Journal as a Best Mystery of 2012: "Malliet's artfully plotted puzzler subtly dazzles with its sly humor and astute observations."

The third book in the Max Tudor series is PAGAN SPRING, published in October 2013. It was nominated for both Agatha and Dilys awards.

The fourth book is A DEMON SUMMER (October 2014), also nominated for an Agatha award. Max 5 and Max 6, THE HAUNTED SEASON and DEVIL'S BREATH, are now available for purchase or pre-order. A standalone mystery will appear in the autumn of 2017, and an untitled Max 7 will arrive in 2018.

Education, Hobbies, and What's Next:
Malliet did post-graduate work at Oxford University after earning a graduate degree from the University of Cambridge, the setting for her earlier series, the St. Just mysteries. Raised in a military family, she has lived in Alaska, Colorado, New Mexico, Florida, Hawaii, and Japan but she especially enjoyed her years in the U.K. She and her husband live across the river from Washington, D.C., in Old Town, Alexandria.

Her hobbies include reading, hiking, cooking vegetarian meals, and planning the next vacation. She is writing a screen adaptation of her standalone suspense novel WEYCOMBE in addition to writing her mystery novels and short stories. Her next standalone novel is set in Scotland and Italy. She gets her ideas from people watching and is a big fan of improv, for reasons best described in this Huffington Post article.﻿﻿ 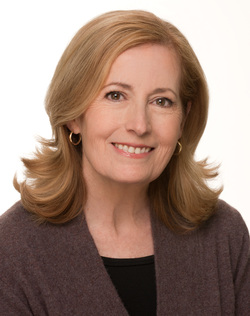